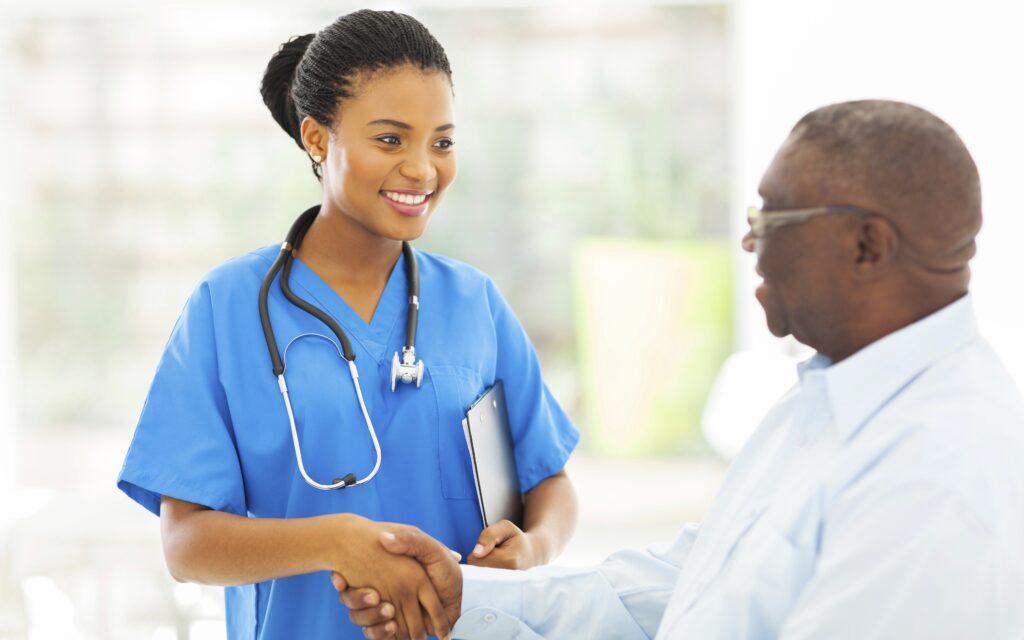 At the Center for Health Worker Innovation, we provide a platform for our partners and others in global health to share their perspectives on the health workforce. To that end, the following piece is authored by Denise Octavia Smith, CHW, MBA, PN, Executive Director, National Association of Community Health Workers.

When formerly enslaved Africans and their descendants left America in the 1820s, sailing east across the Atlantic headed to the newly forming colony of Liberia, a nexus was formed among persons of African descent in both countries in pursuit of freedom and racial justice.

Over the next 40-years, at least 12,000 U.S. Blacks migrated to that strip of land in West Africa—without sufficient supplies or money and facing new deadly diseases. Many perished there, while millions of their counterparts in the U.S. continued to suffer and die under chattel slavery and then Jim Crow.

From that time until today, health disparities, inequity and injustice—all made worse during the COVID-19 pandemic—level disproportionate impact on people of African descent in both countries. I find shocking similarities when comparing the health status of Black women in the U.S., the wealthiest nation on earth which spends more per capita than any country on healthcare, and women in Liberia, considered one of the poorest countries in the world.