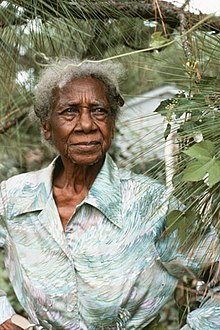 Carter G. Woodson was one of many African descendants in America to shatter racist Black inferiority stereotypes and confront the horrors of enslavement with intelligence, determination and vision. Fifty years after the Emancipation Proclamation, Woodson received his doctorate from Harvard University and joined with other black scholars to found the Journal of Negro History in 1916, collecting primary data, testimony and conducting field research to confirm the significance of Black history. “We are going back to that beautiful history and it is going to inspire us to greater achievements,” he told Hampton University students and began to promote Black History Week in February 1926. Since 1976, US Presidents have declared February as Black History Month. Today a number of countries around the world host similar celebrations.

The history of black Americans – people of African descent who were kidnapped by the English, Portuguese, Spanish, French, the Netherlands, Denmark and Sweden

and enslaved in lands stolen from Indigenous North American nations – is indeed beautiful. This community, diverse in hue, religion, ethnicity, ancestry, sexual orientation and language has impacted the entire planet and nearly every other community on earth. Our slave labor formed the basis for the “greatest economy in the world”. Our gospel, blues, jazz and hip hop genres have established global music industries, and our diverse protest movements have inspired communities the world over to realize a truer manifestation of democracy, self determination and human dignity.

Black history in America is also fraught with pain and unresolved conflict. Structural racism, 250 years of enslavement from 1619 until 1865, and 100 years of Jim Crow segregation, conspire to produce poor health outcomes in present day black American life through the social determinants of health: the conditions in which people are born, grow, live, work and age, and inclusive of socioeconomic status, education, neighborhood and physical environment, employment, and social support networks, as well as access to health care (KFF.org, 2020).

Early correlation between racialized social, physical, and economic environments and health can be found in The Philadelphia Negro, the groundbreaking social research of W.E.B. DuBois who in 1899 confirmed that “the problems faced by Philadelphia’s blacks had nothing to do with their supposed racial proclivities, but derived from the way they had been treated in the past and their relegation in the present to the most segregated housing and, menial, lowest-paying jobs” (UPenn Press). In the absence of equitable access to healthy environments and opportunities, enslaved Black Americans drew from their ancestral healing practices, learned from Indigenous Tribes and (were forced to) follow Western medical norms to develop a new practice: their own version of community health work to ensure their survival.

While the accounts of the brutality and subjugation of this time period make these records painful to read, slave narratives, and medical school and doctor records reveal lost stories of a hidden workforce in which mostly (elder) women firmly established their own Community Health Worker (CHW) professional practice of physical, mental health and spiritual healing. White slave masters and doctors reluctantly accepted the overwhelming trust and respect Black CHWs were given by their community members. Because these healers were often ordered to care for their slave masters’ families or sold in slave markets at a higher price because of their health expertise, this healing work became a dangerous if necessary practice. Yet their work was passed down the generations, through Emancipation, beyond DuBois’ research and continues even to this 2020 Celebration of Black History Month.

Over 100 years after the Emancipation Proclamation, healthcare and public health organizations began acknowledging the impact of multigenerational, dehumanizing, racially segregated structures on health status and health outcomes (Heckler Report, 1985), (Unequal Treatment, 2003). Scaleable impact and achievement of health equity can only be realized through the dismantling of racialized structures, and social barriers and the elevation of the stories, history and traditions of self determination, ingenuity and adaptation Community Health Workers bring to community health practice.

Community Health Workers, frontline public health workers who are trusted members of and/or have an unusually close understanding of the community served, continue their centuries old tradition in response to racial barriers to health and well being. While researchers increasingly confirm that the qualities and competencies of CHWs are producing evidence of improved health status and outcomes among target populations and (Centers for Disease Control, ASTHO, UPenn) and recommend expanded utilization of CHW models, our survival is the proof of the relevance, effectiveness and sustainability of the CHW model.

As we pause to celebrate the beauty and survival of Blacks in America, we remember the tireless healers who sustained our communities and passed down an authentic practice of community-centered work.